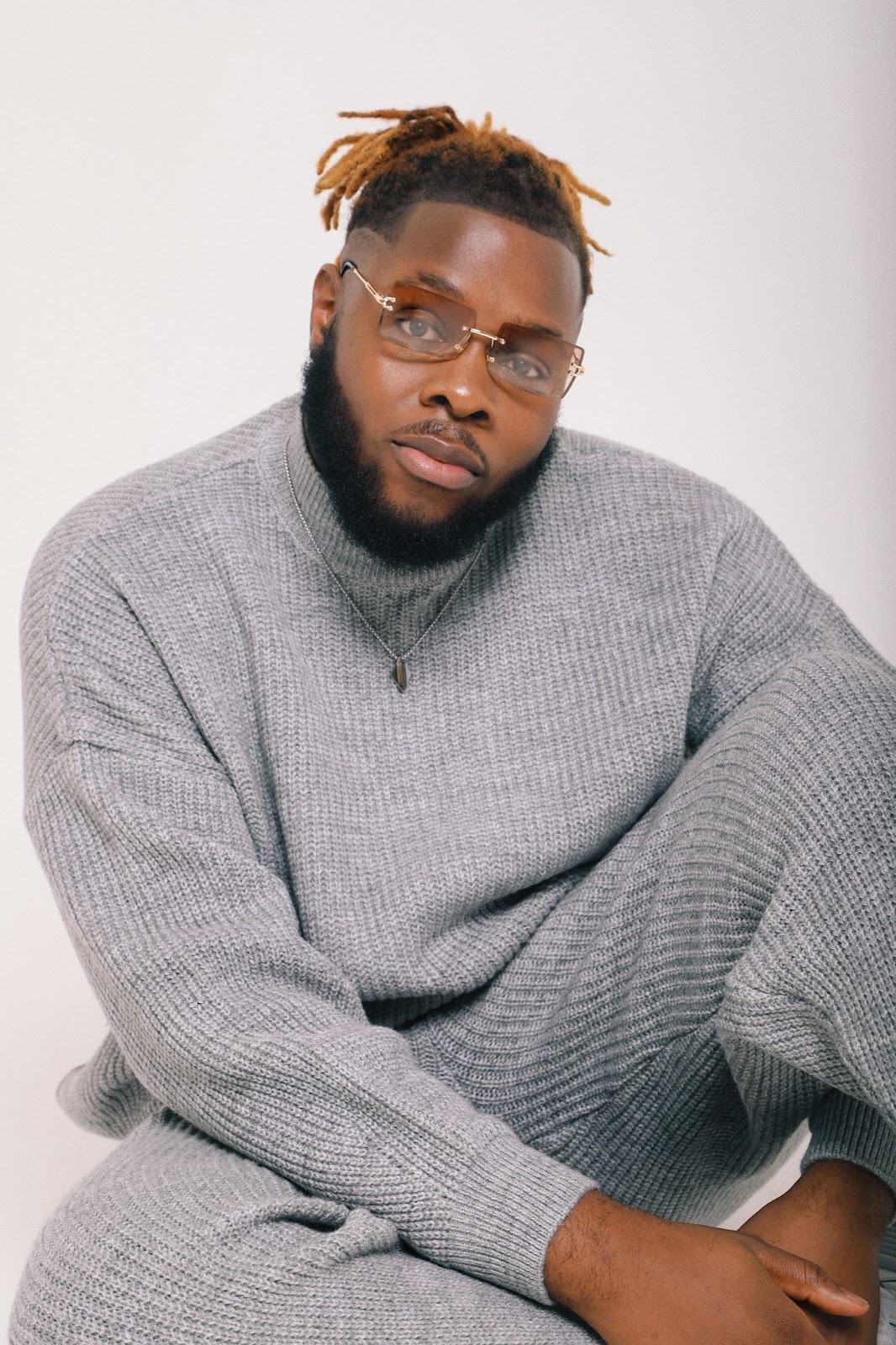 Born & raised in Brixton (South London), the performing artist known as A3O (pronounced as “Aeo”), formerly spelt as AEO, discovered his talent at the age of 4 singing in a school choir. A3O’s lively & unique combination of Afro fusion & alternative RnB put the singer on the radar in 2014, creating room for himself to later share stages with notable UK artists such as Ann-Marie & WSTRN at Capital Xtraʼs Music Potential 2016. After completing a degree in Television & Media, AEO released his debut single ʻFightʼ. This boosted his exposure to critical acclaim & rave reviews from tastemakers such as the Guestlist Magazine, Planet Of Sound, All Unsigned, Vents Magazine & ColoRising, among others.

In 2017, A3O zeroed in on writing & creating more sensational music, which led to his early 2018 release of his second single ʻYour Loveʼ, which was released on all digital platforms & played on local Radio stations, such as West Side Radio, Reprezent Radio & many more.

Not a stranger to the stage, after performing at The SSE Arena Wembley, before 7000 people. A3O performed live with Kylie Minogue at BBCʼs annual Radio 2 Festival in Hyde Park (70,000 people), & Emelie Sande during Channel 4ʼs Stand Up 2 Cancer 2018: Aretha Franklin Tribute.

With the release of the visuals for his single ‘Roundsʼ & ‘Chills’ gaining reviews from publications such as Clash Magazine, the South London performing artist took time in 2020 to create more music and rebrand. A3O secured himself a position on Tribe Urban's playlist with the release of his first single of 2021 titled 'All Night', which was also featured on Remi Burgz Breakfast show on BBC 1Xtra. A3O is set to release his second single of 2021 and still on the pursuit “to create something [music] that will live forever”. 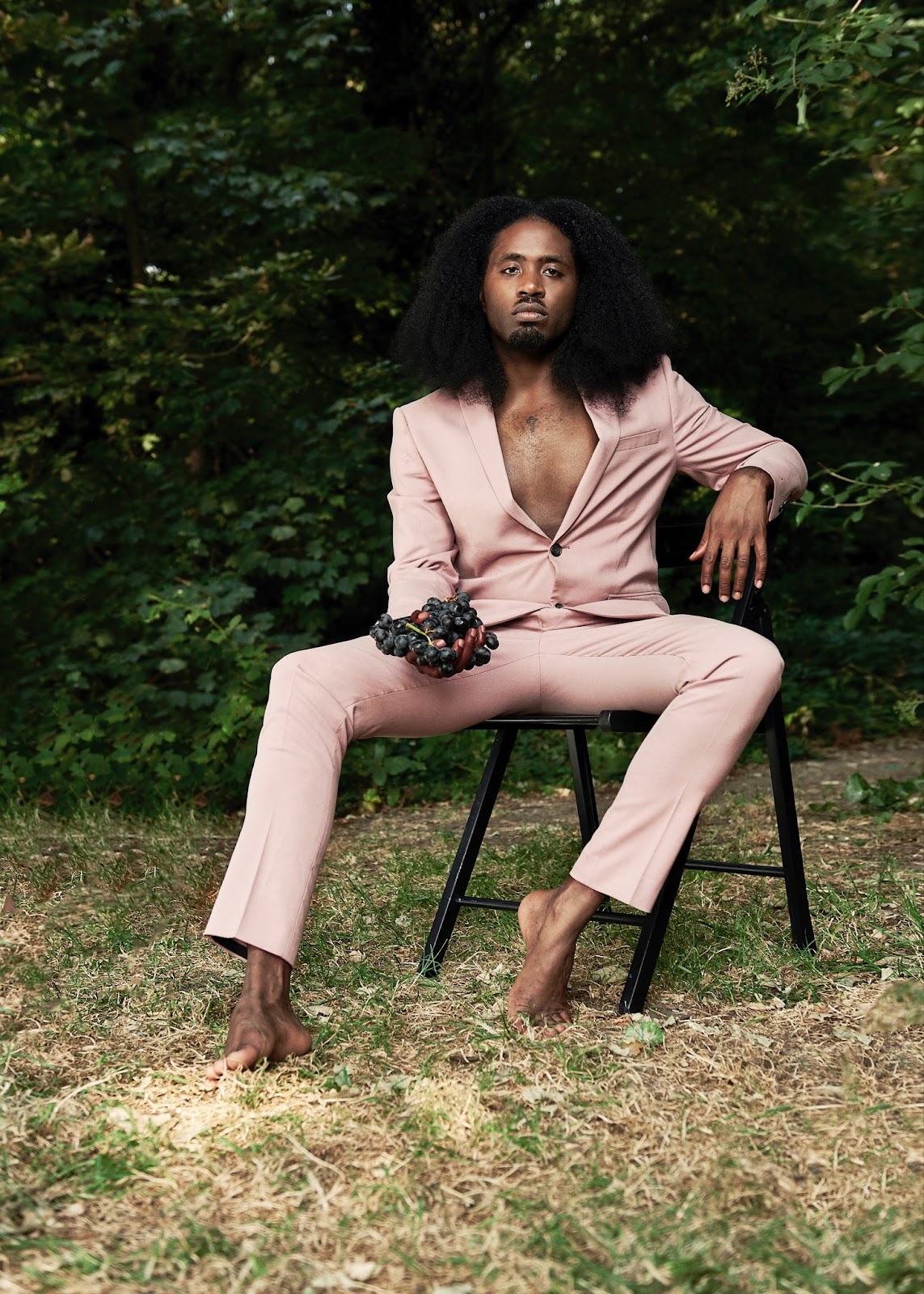 Hailing from South London, and drawing influences from the greats such as Prince, Aretha Franklin, Sam Cooke and Michael Jackson, Adreyn Cash is revered for his pure, smooth and lush vocals, that travel across soul, R&B, pop and alternative music. His signature alternative soul sound, which excellently fuses elements of pop, rock, R&B, gospel and classical music, to create something striking and unique, and yet warmly familiar, has been honed to perfection over the years. Growing up, Jamaican born British artist Adreyn Cash found himself in and around music from an early age. A strong musical heritage consisting of reggae artists RDX, Eric Donaldson and the all-important presence of his mother, meant that although not his birth right, it’s considered that becoming a musician himself was something he was destined to do. It wasn’t until the age of 16 however that he started taking his music seriously, upon which, he was able to flourish at an array of opportunities.

He championed renditions of songs such as John Legend’s “Ordinary People” at weddings, birthdays and secondary school performances that on one performance included the Mayor and Mayoress of his borough amongst the delighted audience. Excitement for him as a musician was growing. The belief was that “Once he gets into the industry, there will be no stopping him”. - Mayor of the London Borough of Bromley.

With the acknowledgment of him as a musician increasing, he began playing bigger events for an expanded fan-base that continued to grow ever stronger. This ultimately culminated into an early highlight of his career: performing at the Indig02 in December 2009. Almost a decade later, in 2018, after completing a degree in Music, Adreyn burst onto the scene with single ‘Angel’s Lie’ which was premiered by BBC 1Xtra, with further support from Reprezent Radio, Elicit Magazine, and Link Up TV, among others, and has garnered over 100,000 streams on Spotify alone. Proving the Jamaican born British singer, songwriter and producer was a force to be reckoned with. 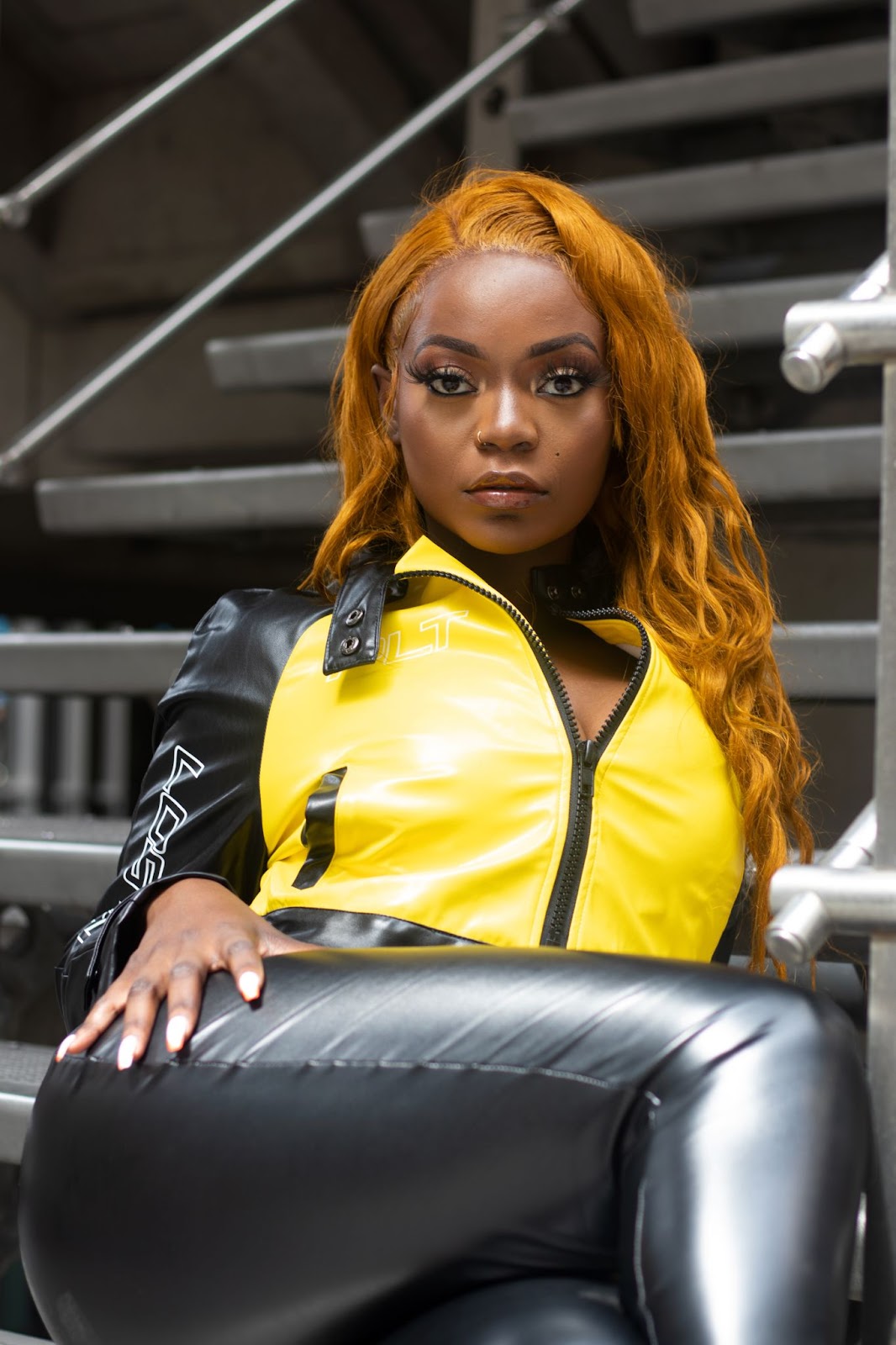 Crae Wolf is a rising Rapper from East London. The self-proclaimed ‘Queen Of Flow’ is a breath of fresh air to the UK Rap scene. Her deep sultry tone is easily identifiable as she delivers punchy and fiery bars laced in confidence, befitting of a Queen. Her ability to flow or ‘skate’ on the beat as she often refers to it, puts her in a league of her own.  In a scene dominated by males the rap Queen has found herself creating a promising buzz with notable support from BBC music introducing and other top radio stations across the country. As she gears up to release her debut EP, Crae Wolf, has remained active and performed at many events that include BoxPark and provided support for fellow rising rapper Sym Worldd headline show. Crae Wolf shows no signs of slowing down and continues on her journey to success, she is definitely one to watch. 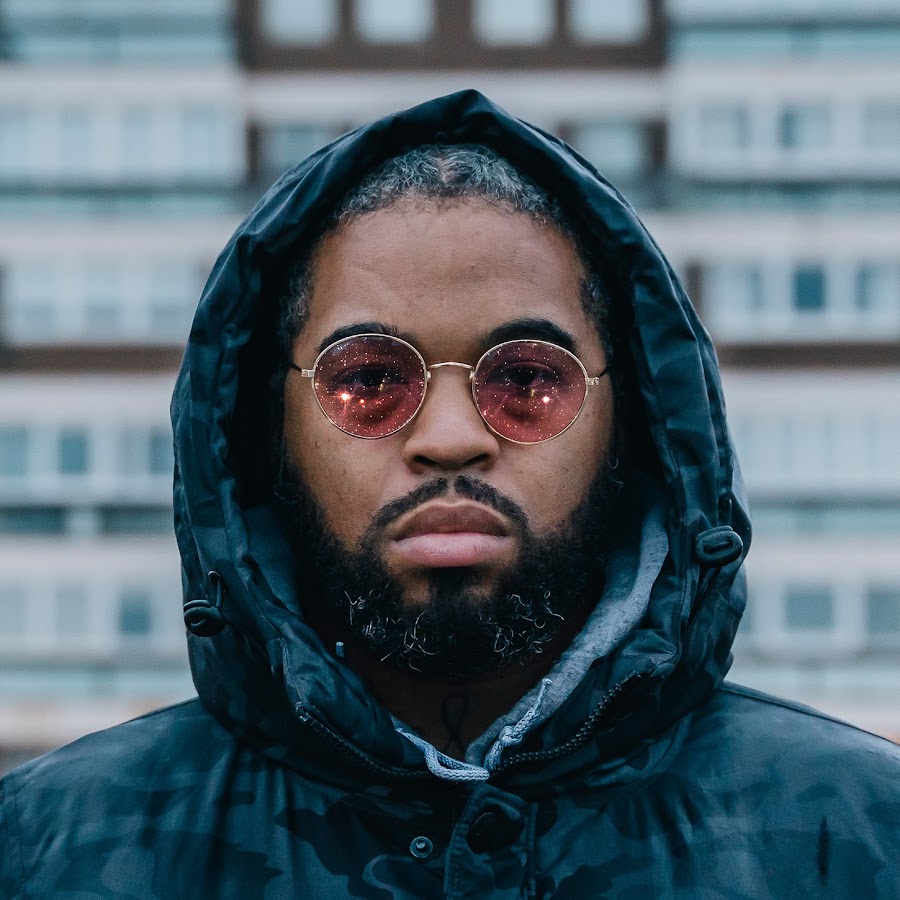 Genesis Elijah is a Brixton born rapper, singer, songwriter and producer. Known for his passionate delivery and gritty reality based lyrics. One of the most respected names in the UK music scene with some of the most loyal supporters worldwide.

Genesis Elijah has consistently wowed fans with his original and unpredictable style. Whether on the Glastonbury stage or Wembley arena is energetic performances are always captivating. Genesis Elijah has performed all over the world as well as starred in International advertising campaigns (Magners Irish Cider, Roberts Speaker, Tullamore Whiskey) and was also the voice for the first ever advert involving all UK terrestrial channels. He has been championed by DJs like Semtex, Zane Lowe and Charlie Sloth as well as Hollywood A-listers like Ricky Gervais. His body of work includes cult classics like 'Jah Bless', 'Fathers Day' and 'Phantom Dread Syndrome', which was featured in the movie Brotherhood.

A versatile musician who flows effortlessly effortlessly between all genres and styles who has worked with artists from Foreign Beggars, Manga, and Harry Shotta to Kele Le Roc and Matt Goss (Bros), Genesis Elijah continues to be one of the most consistent artist in his field. 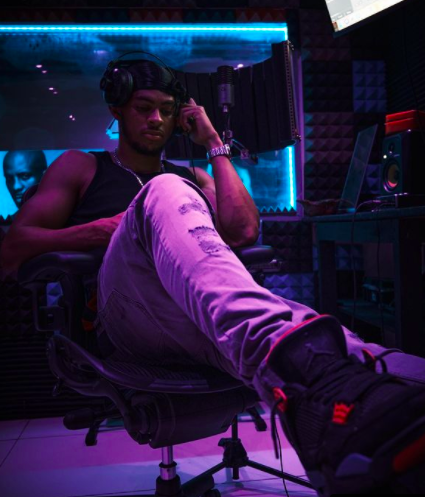 Taking inspiration from the likes of Kanye West, Jevon, Chip, Drake and Dave East, South London's JClarke embodies the sounds of Grime, Drill and Rap laced with R&B and Afroswing in both his lyrics and production. Since making a name for himself in the 2019 Hardest Under 18’s BL@CK BOX cypher, followed by his solo freestyle that dropped in January this year, JClarke has been progressively dropping high quality music on a consistent basis. His most recent release titled 'Coldest Summer' captures the essence of the past year’s trials and tribulations, embraces dealing with hard times, his constant drive for developing his craft and his self-assured confidence in his success as an artist. The future looks promising for JClarke as he breaks his way into the UK scene so make sure you stay locked in. 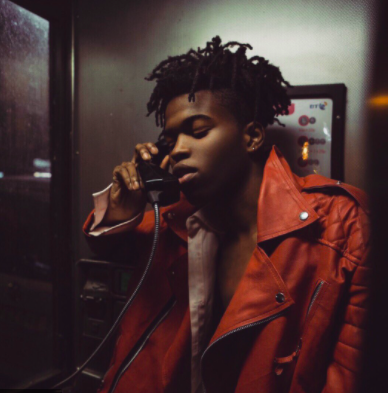 Jordan Adetunji is a hip hop artist and songwriter from Belfast, UK. His dynamic style and undoubted stage presence bring excitement and an unquestionable feel-good vibe to each live performance. Jordan is a trend setter among his peers as he pioneer his way through the Island of Ireland and bringing others with him as he creates following from all backgrounds of people.

Jordan and his exceptionally talented bandmates are at the forefront of this genre in Northern Ireland at a time when Hip-hop/Rnb music has been performing exceptionally well internationally. Jordan and his team have been pushing the boundaries with experimental sounds, digital lighting effects, and a huge catalogue of original music.

His sing-along tracks get everyone involved as he "spits cleverly written bars" around bold rhythmic instrumentation, switching from emo-rap to earthy sing-song at any given time. Expect heart-wrenching hooks and lines of vivid poetry, flawlessly mixed with a melody that will sink into your soul.

Renowned for commanding an eclectic array of genres, Belfast-Northern Ireland-based powerhouse Jordan Adetunji summons his own strain of melodic emo-rap, breaking all the rules with his genre. He is known for merging rap, afro-pop with post-punk feel-infused RnB. 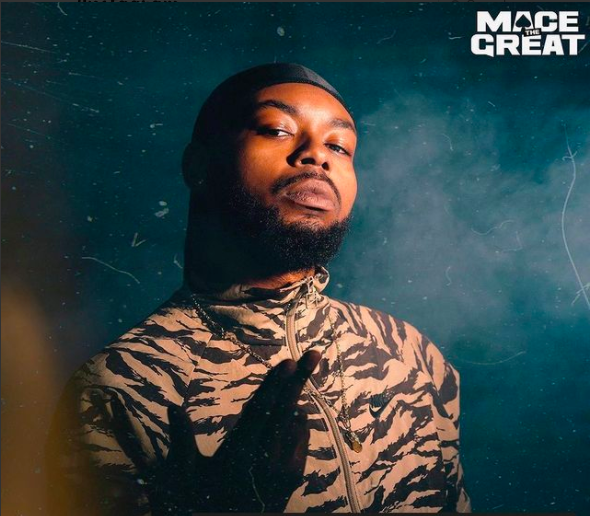 An exciting force of Grime and Hip-Hop, hailing from Cardiff, Wales. Having won a Triskel Award at the Welsh Music Prize 2020, and garnering the support of the likes of BBC 1Xtra, BBC Wales, ITV, S4C and the Focus Wales Festival & Conference; Mace The Great is now primed for a huge 2022. He continues to carry Cardiff on his shoulders with pride, and this evident love he holds for his city is reciprocated tenfold by his local community. Keeping humble and true to his roots, he is quickly building the foundations towards global success following on from the critically acclaimed EP ‘My Side Of The Bridge’ released March 2021 via the MTGM label. Since the release he has gone on to be nominated for a Welsh Music Prize 2021, been unveiled as Welsh Ambassador for Independent Venue Week, and has been selected to be the first welsh MOBO artist to perform and showcase at SXSW 2022. 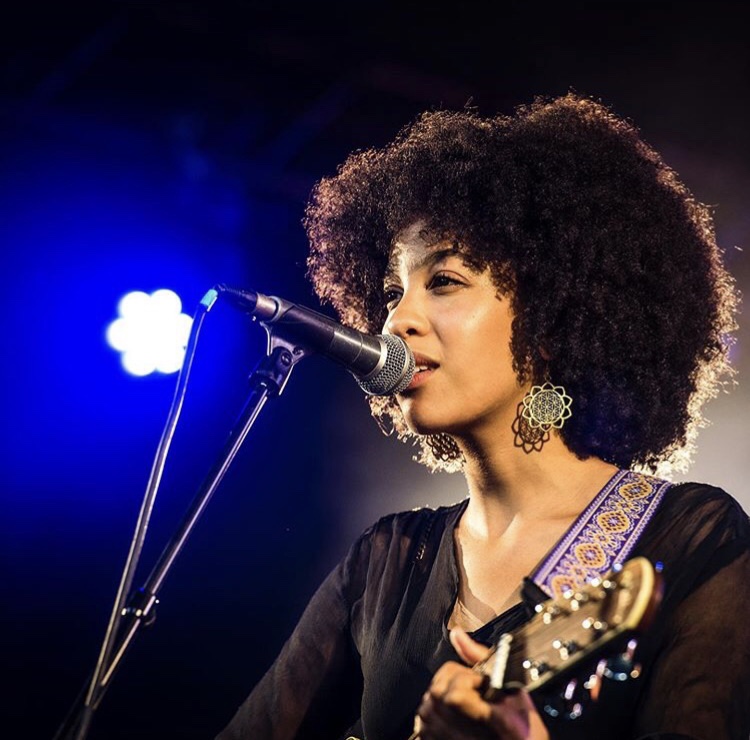 London born Singer – Songwriter Natalie Lindi is the meeting point of a number of influences- the South African jazz she grew up with; the dark vocals of Joy Crookes and Nina Simone as they straddle the boundaries between soul, jazz, and RnB; and the authenticity she has developed in contrast to pop expectations. Natalie opens herself up emotionally in her songs, knowing that sharing her own experiences creates a true connection with her listeners. Often described as a vocal gymnast, Natalie is inspired by the vocal stylings of Ella Fitzgerald, Minnie Riperton and Mariah Carey; with intricate vocal runs and whistle tones lacing her music.

Natalie’s performance experience extends to Ronnie Scotts, the Roundhouse Beach, Brighton Komedia and Altersonic festival in the Netherlands. She most recently won first place in the Open Mic UK competition after competing against 10,000 contestants. Her music has gained support from BBC Radio 1 and BBC introducing, and she is excited to share her debut EP with you soon. 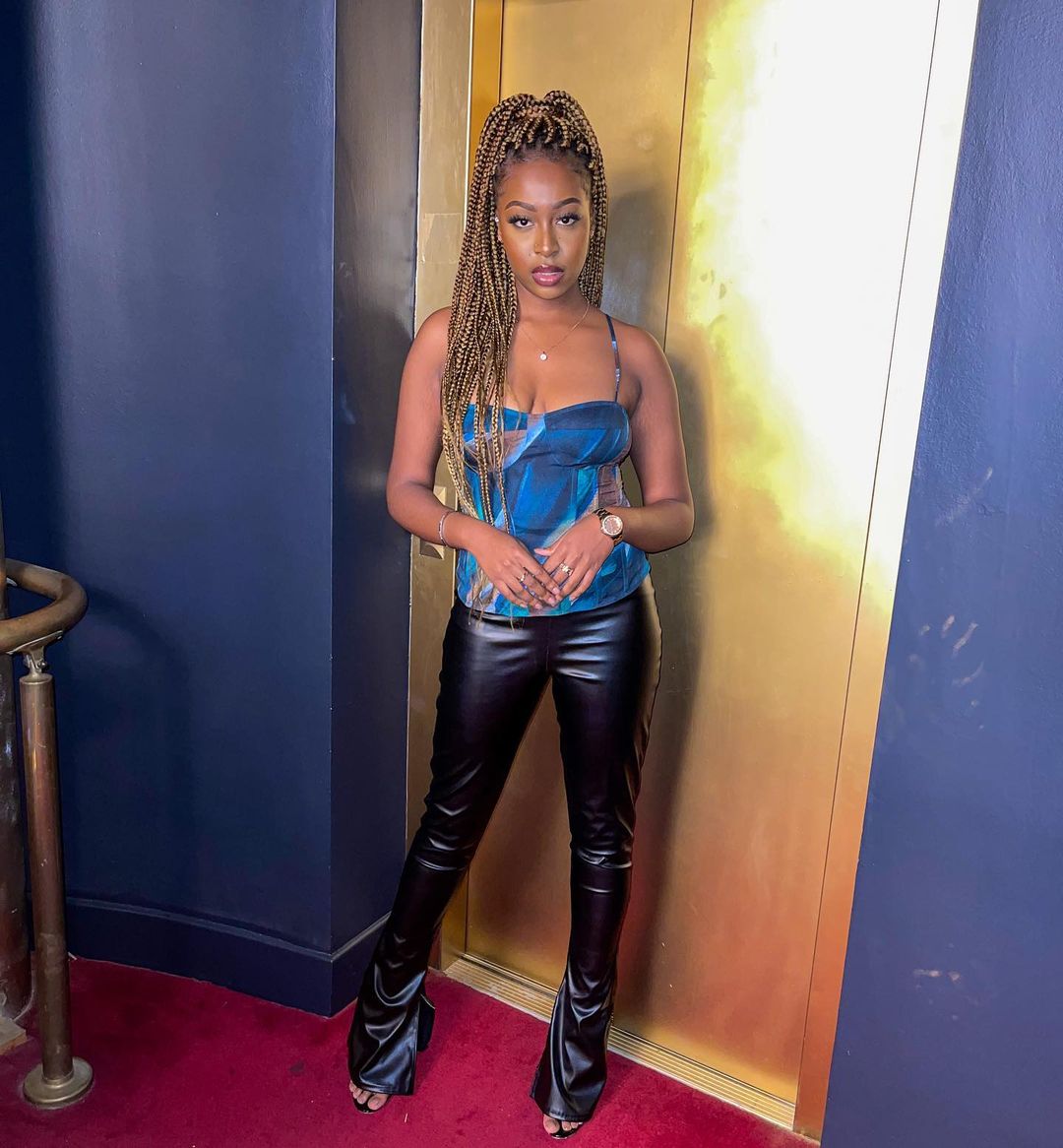 BIOG - British singer songwriter SARAH IKUMU discovered her passion for music at a young age, first planting her roots as a singer in her father’s church. After competing in the Teen Star UK competition, Sarah was then spotted by Britain’s Got Talent scout. Sarah went on to take part in Britain’s Got Talent 2017 and was immediately awarded the famed golden buzzer by Simon Cowell after a rendition of Jennifer Holidays "And I am telling You". She was voted as the 3rd runner up at the semifinal stage and was later brought in as a wild card on the final show. Her unique vocal abilities and stage presence paved the way to another success: Showtime At the Apollo in New York, where she reached the final in 2018. Sarah has since performed in the UK for the United Nation Trust Fund, We Day SSE Arena, NSPCC and around the world at the Apollo Theatre spring gala, Apollo in the Hamptons with The Roots,Taste of Abu Dhabi ,The hurricane Maria memorial in Dominica and a private event for Audemars Piguet. 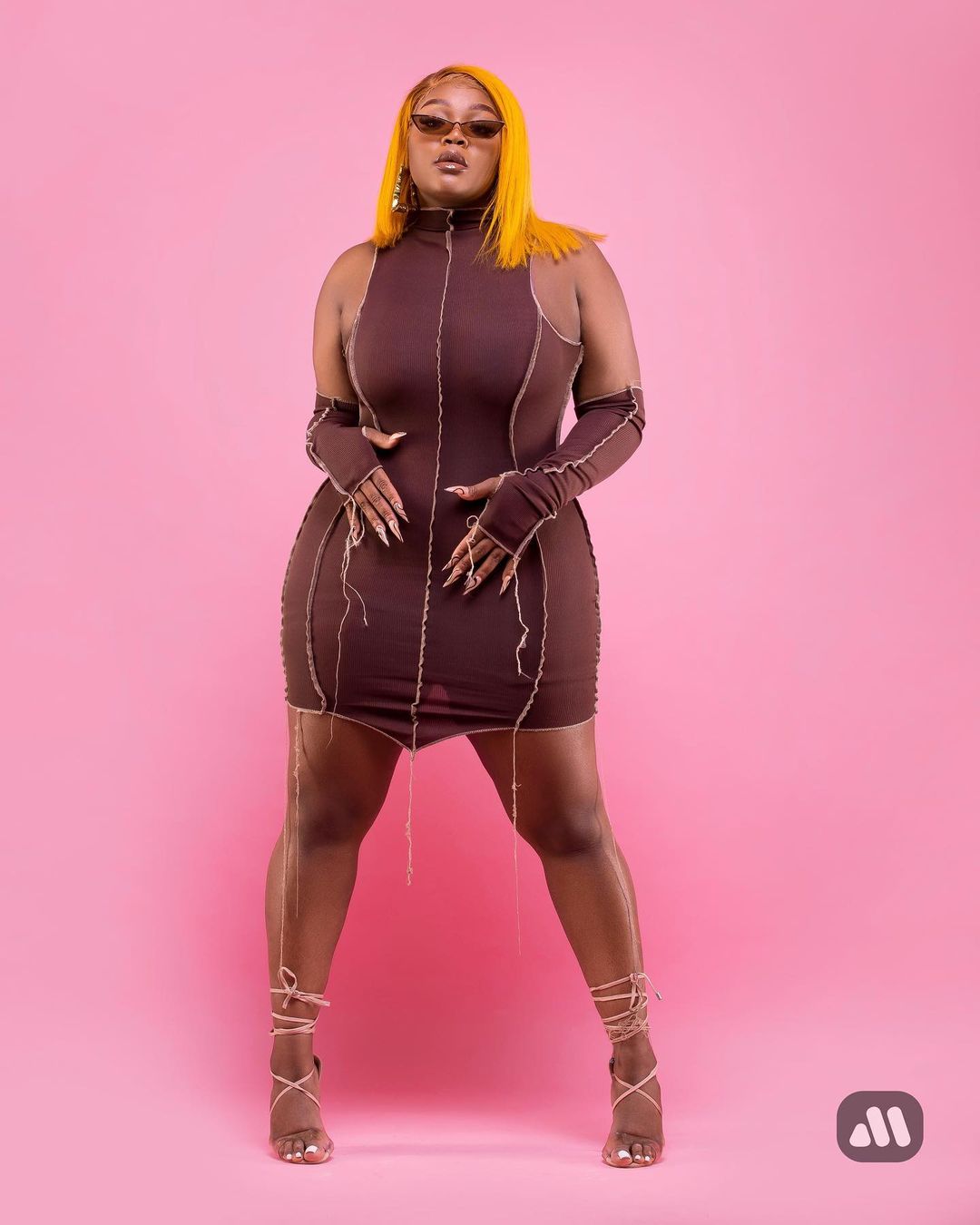 Zitah is an R&B/Soul singer song-writer who grew up in South East London. Zitah has always aspired to create music. Growing up she performed at venues such as the Royal Albert hall, MFY showcases and many more alongside her childhood choir. In 2020 Zitah released her first debut single ‘’Goals” that entails her drive and speaks truthfully about what her main focus is when it comes to her hunger for succeeding. As well as releasing recorded music, Zitah continues to sing at some of the biggest live music showcases all over the UK such as Fireball sessions, Vibe Village, Eddies House to name a few. Zitah has also appeared on BBC’s 'Little Mix: The Search' and other TV functions such as the BRITS 2020, supporting and sharing a stage with one of the UK's very own Stormzy. Zitah then went on to release her second single ‘Come Over’ February 2021.