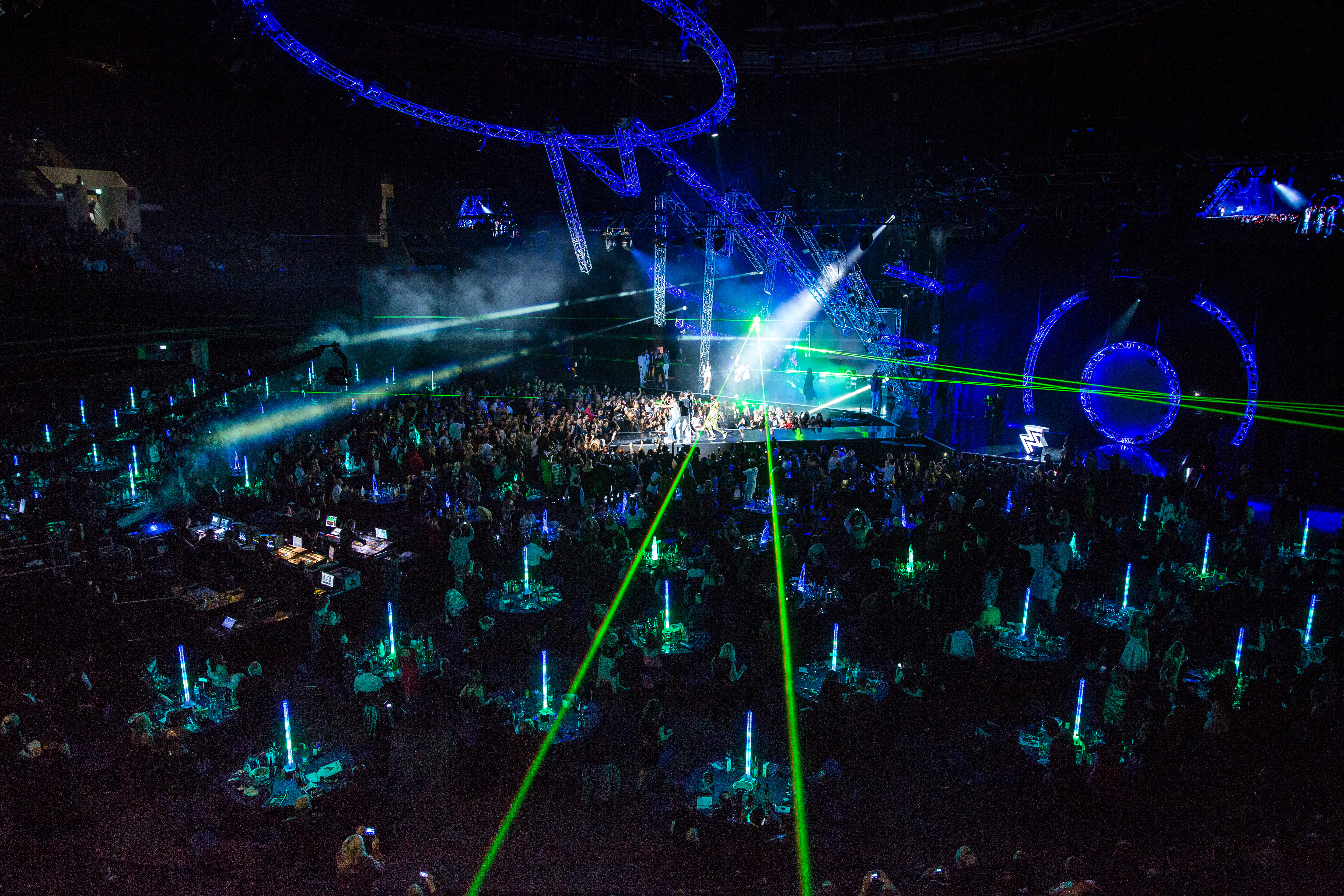 The MOBO Awards in association with Lucozade is back on Nov. 30 in London!

What are The MOBO Awards?

Since its inception in 1996, the MOBO Awards has truly become one of Europe’s biggest Music Award ceremonies, and perhaps the most important and influential event for music makers and fans. Celebrating excellence in music for more than 20 years, Sade, Stormzy, Jay Z, Diddy, Tinie Tempah, Skepta, Emeli Sandé, Krept and Konan, Kano, Amy Winehouse, Chip, Janet Jackson and Lauryn Hill are just a few of the names to have graced the MOBO stage.

MOBO continues its rich legacy and ongoing growth as the premiere outlet for recognising and honouring the artistic and technical achievements of exceptional British and international talent in the musical fields of Hip Hop, Grime, RnB/Soul, Reggae, Jazz, Gospel, and African music.

Who is the organiser?

The MOBO Awards is brought to you by MOBO, an independent organisation based in London, established by Kanya King CBE in 1996 to recognise the outstanding achievements of artists who perform in music, as well as film and entertainment.

Where does the MOBO Awards take place?

The MOBO Awards is an annual UK event which has been previously hosted in London, Leeds, Liverpool and Glasgow - A total of 24 award ceremonies.

The 25th MOBO Awards in association with Lucozade will take place in London on November 30 at OVO Arena Wembley.

When are the MOBO Awards?

The 25th MOBO Awards in association with Lucozade will take place in London on November 30 at OVO Arena Wembley.

You can purchase your tickets here.

Sign up to our newsletter for exclusive news regarding all things MOBO.

What are the eligibility requirements for recordings?

To be eligible for a MOBO Award nomination, recordings (Albums, Singles, Mixtapes & EP’s) must be released within the specified eligibility period.

To be eligible, recordings must be for sale commercially via general distribution or made available as a digital recording, either for sale or via a recognised streaming service.

Outlined below is more detailed information on what qualifies as a digital recording and general distribution:

General Distribution: Works must be released via general distribution, defined as the nationwide release of a recording via third-party online retailers, and/or applicable digital streaming services. Applicable streaming services are paid subscription, full catalogue, on-demand streaming/limited download platforms that have existed as such within the United Kingdom for at least one full year as of the eligibility period.

How are recordings screened for a MOBO Award nomination?

The MOBO team start this part of the process by compiling a list of recordings that were released in the eligibility period. Using information made available by Official Charts Company, record labels, streaming and online platforms, MOBO meticulously evaluates each one to ensure they are eligible for inclusion in the list of potential nominees. MOBO does not make artistic or technical judgments about the recordings, but merely ensure that each entry is placed in the proper category.

A longlist of eligible nominees is then presented to members of the MOBO Awards Voting Academy via a secure online Voting Academy Website where they will select their top 6 or10 choices in each category.

What is The MOBO Awards Voting Academy?

What is The MOBO Awards Judging Panel?

The MOBO Awards Judging Panel is an independent voting body, which was originally convened in 2017, who will again select some winners of this year’s MOBO Awards. The MOBO Awards judging panel consists of knowledgeable music enthusiasts representing every sector of the music industry: DJ’s, journalists, editors, agents, streaming platforms and media.

Chaired by artist manager and consultant Kwame Kwaten and Faron McKenzie, and made up of independent music expert judges, the role of the MOBO Awards Judging Panel is to screen the results from the online MOBO Awards Voting Academy to produce the final list of nominees and, ultimately, the winners for the following MOBO Award categories:

Who qualifies as a Voting Academy Member?

How do I become a member of the MOBO Awards Voting Academy?

The criteria for being a Voting Academy Member remain the same as ever, however members are only invited by the MOBO team on the basis of their expertise across different aspects of music. For further information, please contact theacademy@mobo.com

Once the complete list of nominees is announced at our Nominations Launch, voting opens up to the general public and the MOBO Awards Judging Panel will reconvene to determine the eventual winners for specific MOBO Award categories.

In order to preserve the integrity of the voting process, in select award categories — Jazz, Gospel, Caribbean Music Act, Alternative Music, Electronic/Dance and Producer — MOBO Award winners are determined by Specialist Category Committees, comprised of highly specialised Voting Academy Members who are knowledgeable, passionate, and qualified within these fields.

How many MOBO Awards categories are there?

Are Changes ever made to the Voting Process?

The awards process is constantly evolving to reflect what’s happening in music. Each year, we receive proposals with suggested changes on everything from awards categories to rule revisions. We typically alert the public and Voting Academy members of any category or rule changes in September.

Award process updates for the next MOBO Awards will be reflected here. For further information, please contact theacademy@mobo.com.

What are the MOBO Awards categories?

There are currently 20 MOBO Awards categories in total.

How much does a ticket cost?

Who needs a ticket?

For nominated artists, an Awards department representative will get in touch immediately after nominations are announced to outline the ticket application and accreditation process to gain access to the red carpet and telecast.

Why should I buy a VIP Package?

VIP packages are the only way to receive exclusive insider access to everything that’s happening around the MOBO Awards. VIP Packages include the best seats, excellent networking opportunities, access to after show parties and the opportunity to rub shoulders with some of the hottest stars in music and entertainment.

I represent a MOBO nominated artist. How do I pick up his/her MOBO Awards tickets?

An Awards department representative will work directly with nominees to co-ordinate ticket orders and pick-ups. In order to pick up your artist's tickets, we must have authorisation from the artist.

When are my artist’s categories being announced on the MOBO Awards Pre-Show?

We share the MOBO Awards show rundown—as well as lots of other pertinent information— shortly after our Nominations Launch, which takes place in the lead-up to the awards ceremony. Stay tuned for more information.

Where do I pick up tickets to attend the MOBO Awards and after party?

If you purchase a MOBO Awards ticket via a third party site e.g. OVO Arena Wembley or Ticketmaster, your ticket will be sent to your selected address or can be collected at the venue box office.

For VIP ticket holders, you can arrange for your tickets to be collected at the venue box office. Further details regarding access to the after party will be outlined in an email, as well in your ticket package.

How can I apply for a 25th MOBO Awards Press Accreditation?

Please contact press@mobo.com to find out further information. Unfortunately, due to the high volume of applications, we cannot guarantee access or a response to all press applicants.

How do I find out about the status of my credential application?

An Awards representative will reach out regarding the status of your application a couple weeks prior to the awards.

MOBO encourages ticket holders to take a lateral flow test prior to travel on the day of arrival, this is especially important if an individual is not fully vaccinated.

Ticketholders are asked to be socially responsible when attending the award ceremony.

How To Get To OVO Arena Wembley

Who are the performers and guest presenters?

And, with this being our 25th anniversary show, fans can expect to see memorable performances from some of the biggest and brightest stars on the planet.

Stay tuned for exciting additional details, to be announced closer to the show.

Who should I contact to get my artist on the show as a presenter or performer?

We appreciate your interest in having your artist or client participate in the 25th MOBO Awards. Please direct all enquiries to press@mobo.com

What social language should I use when posting about the 25th MOBO Awards?

When talking about the MOBO Awards, please use #MOBOAwards.

Honoured to be among the nominees announced by @MOBOAwards in association with @LucozadeEnergy for the 25th #MOBOAwards.

For congratulating other nominated artists:

So many talented artists nominated by @MOBOAwards in association with @LucozadeEnergy as nominees for the 25th #MOBOAwards. Can't wait to celebrate their achievements <insert date> at <insert location>!

Excited to join @MOBOAwards in association with @LucozadeEnergy and celebrate the creative community at the 25th #MOBOAwards, <insert date> at <insert location>.

And please make note of our social URL links:

Is the MOBO Awards red carpet open to the general public or just press?

Further details regarding public access to the MOBO Awards red carpet will be made available closer to the ceremony.

We're expecting several high-profile special guests at the MOBO Awards but any interaction with fans is solely to their discretion.

If you have a general enquiry, please contact team@mobo.com. Alternatively, click here if you have a more specific MOBO enquiry.