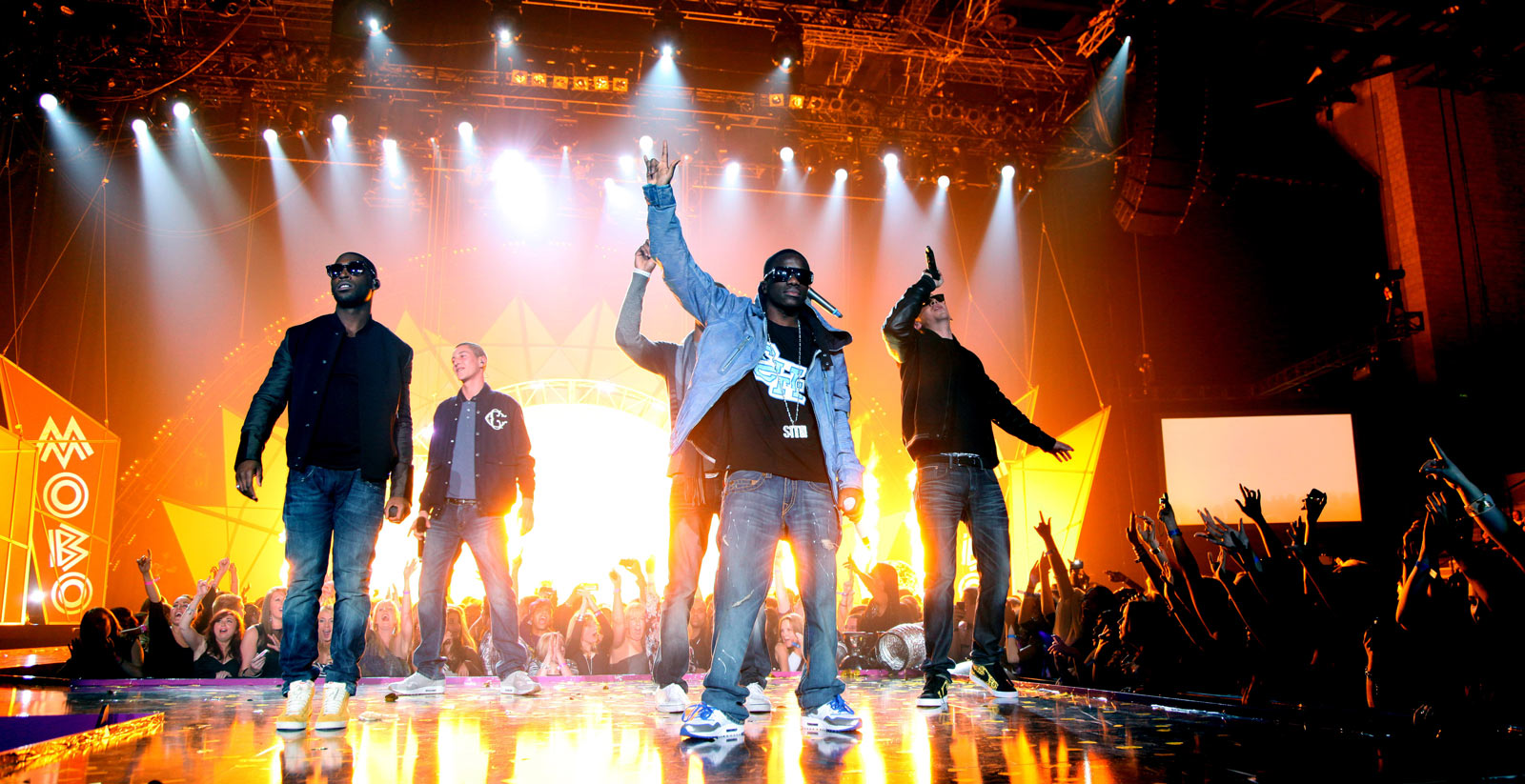 It was Written In The Stars that the 2010 MOBO Awards would belong to Tinie Tempah, who walked away with Best Newcomer and Best Video. It was an amazing year for Tinie, who was at the 2009 Awards in Glasgow as a fan and said “it’s nice to finally receive an award and finally be nominated – and to finally win something”.

“We did it,” he exclaimed on picking up his awards from the podium. Professor Green left with Best UK Hip Hop/Grime Act, having released his debut album Alive Till I’m Dead in the July – featuring guest vocals from Lily Allen, Emeli Sande, The Streets, Fink, Labrinth and Example. “Bloomin’ ‘eck,” he said. “It’s the first year I’ve ever been nominated, so to win this award is crazy”.

K’Naan won Best African Act to mark a spectacular year in which his single ‘Wavin’ Flag’ represented the 2010 FIFA World Cup and so much more. He also collaborated with Damian Marley and Nas on the album Distant Relatives, appearing on the songs "Tribes at War" and "Africa Must Wake Up".

We gave an early seal of approval to Labrinth for his collaboration with Tinie Tempah on ‘Frisky’ for Best Video, while Gyptian’s signature year with ‘Hold Yuh’ saw him leave with Best Reggae Act. “Being the best reggae act is a really overwhelming feeling,” he said.

Best Gospel winner Guvna B had a huge year, supporting Eddie Kadi at the O2 arena as well as picking up a MOBO Award. “Four years ago I was at a crossroads of my life whether to do right or wrong and I came across Gospel Music - and here I am four years later with a MOBO award”.

It was an emotional one for Guvna B. Plan B left with Best UK R&B/Soul Act, exclaiming “this award means the world to me, because it was vote for by the public”. It was a year which saw him perform a duet of ‘I Guess that’s Why They Call It the Blues’ with Elton John as part of Elton's BBC Electric Proms performance at the Roundhouse in London in October 2010. JLS left with Best UK Act after a huge year – “we never take awards for granted,” they said. “MOBO is so extra special to us, because MOBO music celebrates diversity in music and it’s important for us to be here tonight”