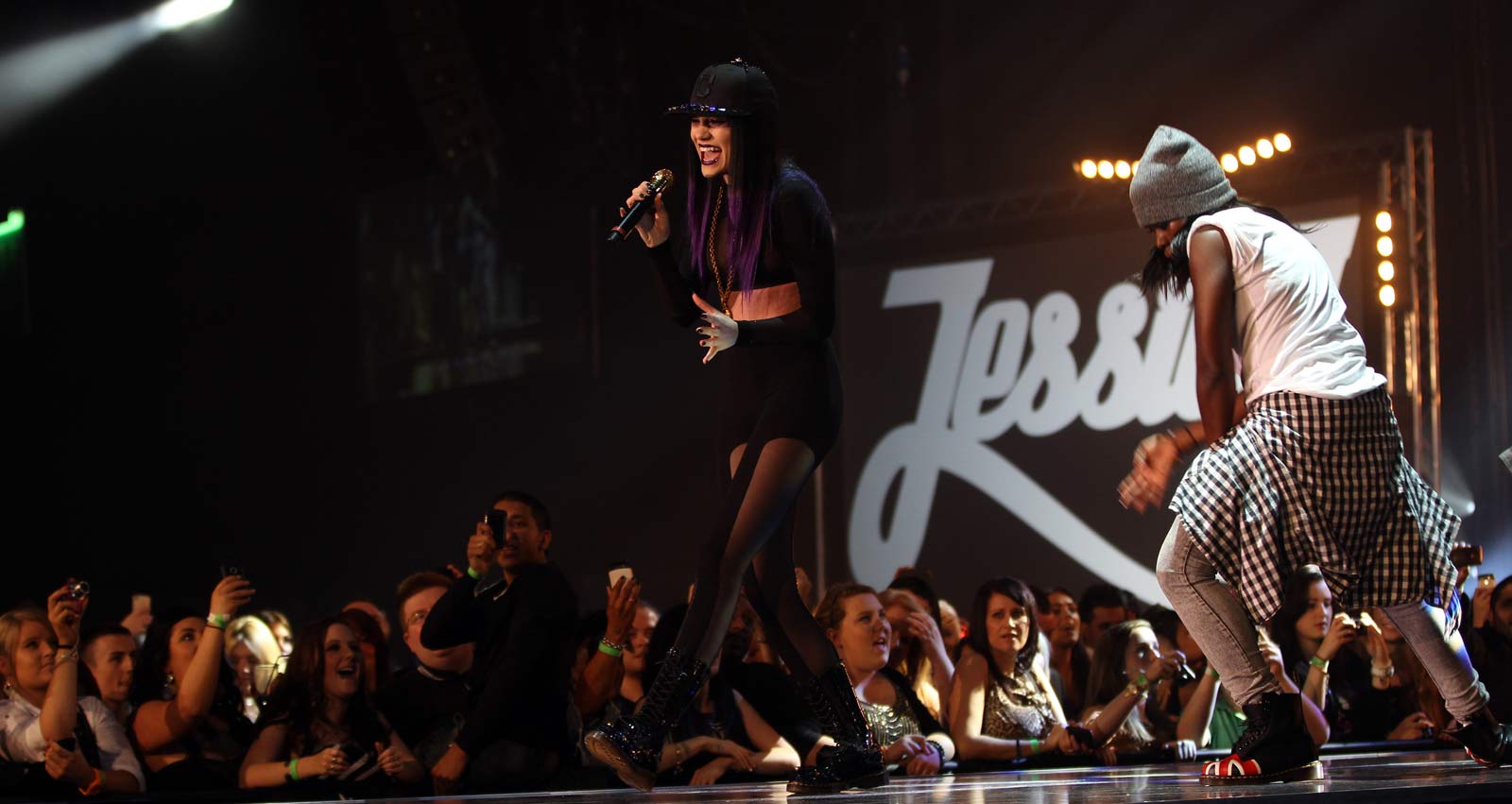 The MOBO Awards 2011 belonged to Jessie J, who walked away with a blinding four awards for Best UK Act, Best Newcomer, Best Song (‘Do It Like A Dude’) and Best Album (Who You Are). Born Jessica Cornish, the former behind-the-scenes songwriter (Chris Brown, Miley Cyrus) came storming into the UK charts in late 2010 and saw her career grow from there. Jessie J’s debut album sold a huge 105,000 copies in the first week of release.

Tinie Tempah walked away with the Best Hip Hop/Grime Act award after a great year opening for Usher on the European leg of his OMG tour in January 2011, and Adele left with Best R&B/Soul Act – a mark of the impact her second album 21 had around the world in 2011.

Best International Act went to Rihanna, who released her fifth studio album Loud in late 2010 – its lead single ‘Only Girl (In The World)’ reached number one in fourteen countries including Australia, Canada, the UK and US. The album's second single, "What's My Name?", featuring Drake, also reached number one in both the U.S. and UK, making Rihanna the first female solo artist to have five number one singles in the United Kingdom in consecutive years.

Tinchy Stryder and Dappy’s collaboration on ‘Spaceship’ won the Best Video award. “I’ve been here like five times now,” said Tinchy Stryder. “About time man!” Dappy offered similar advice, warning that success doesn’t come instantly: “Anyone who wants to make it in life, all I got to say is, never give up on something you can’t go a day thinking about.”

Boyz II Men picked up the Outstanding Contribution To Music Award, simultaneously celebrating an incredible 20 years in the business.