It’s been ten years since south London duo Krept and Konan released their debut mixtape ‘Red Rum’. Since then, the pair have gone on to become UK rap royalty with a string of hit singles, two albums, 4 MOBO Awards, and three more mixtapes as well as their own restaurant Crepes and Cones. It’s safe to say that Krept and Konan have had an incredible run, and their Thursday night show at the O2 arena was the perfect place to celebrate their achievements and growth.

Krept and Konan begin their show by paying homage to the eerie theme of their latest album Revenge Is Sweet. An army of hooded figures appear, there are inflatable goats on stage and there is a recreation of the sweet shop on their album cover. It’s clear from the onset that a lot of thought has gone into this show, but Krept and Konan don’t get lost in the gimmicks.

The pair start off the show with an enigmatic performance of ‘Goat Level’, one of the tracks from their latest offering Revenge is Sweet. Krept and Konan bounce off each other and their chemistry is captivating. When the duo performs fan favourite ‘Don’t Waste My Time’ that’s what gets the crowd off their feet and finishing the pair’s lyrics for them. 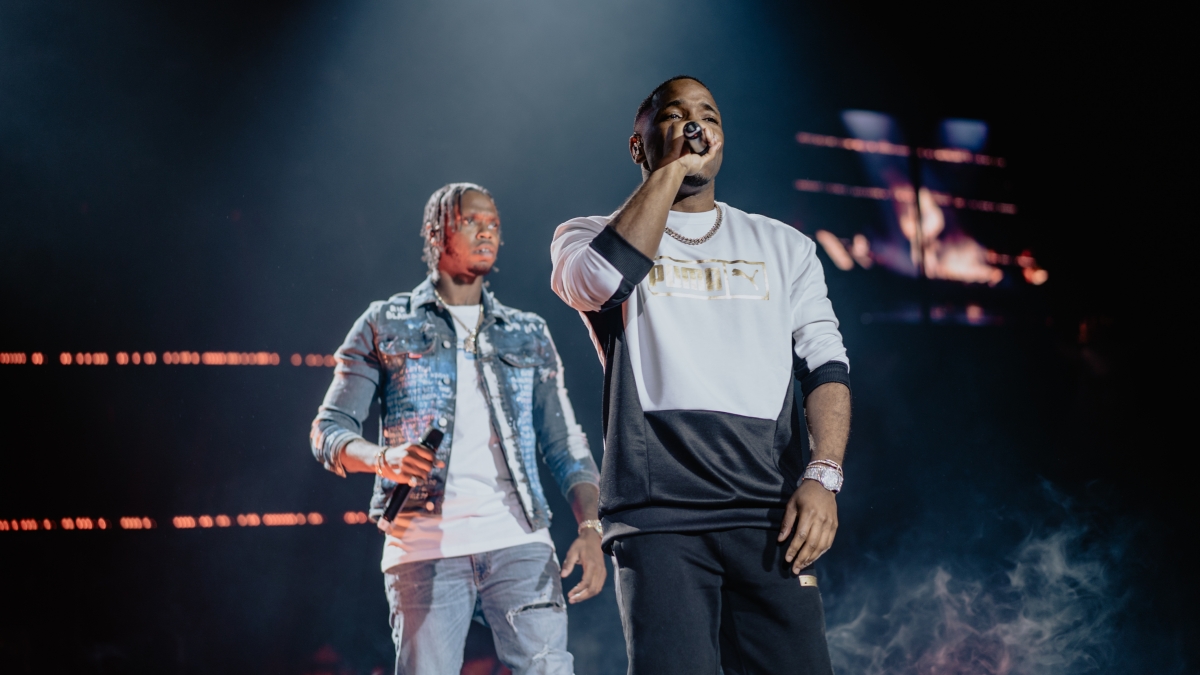 After getting the party started with a performance of one of their most recognisable hits, Krept says "We’ve got bangers for days." The show then becomes wacky and wonderful with a device appearing and a voice instructing Krept and Konan to touch the button. Krept proceeds to touch the button that ushers in the first surprise guest of the night – drill rapper Digdat. Digdat performed ‘Air Force Remix’ with Krept and Konan and the young rapper was full of energy and commanded attention on stage.

Following Digdat is Hornsey rapper MoStack. With Mostack’s appearance, the show gets political but stays fun as a Boris Johnson impersonator appears on screen for his performance of ‘Liar Liar Remix’ alongside Krept and Konan. The duo taking aim at the Conservative government is one of the highlights of the night and shows their political persuasion. 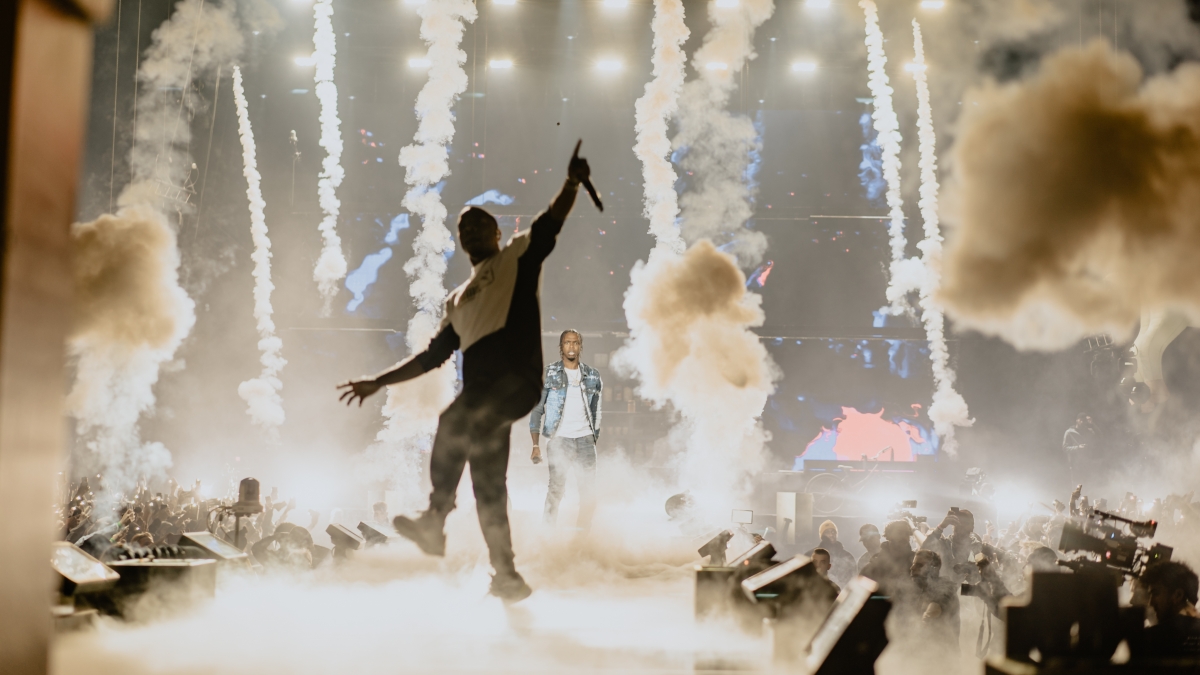 The show continues to show the breadth of Krept and Konan’s discography and their musical palettes. Krept and Konan channel UK garage with ‘Pour Me Another One', Krept reverts to grime with his ‘Morley’s Freestyle’ and Konan keeps it UK rap heavy with his ‘Last Night in LA’ freestyle.

Krept and Konan then go on to celebrate the sounds of Africa and the Caribbean as the next segment of the show is an Afrobeats Vs Bashment clash. The battle is all in good spirits with Docta Cosmic playing the biggest African and Caribbean songs. Krept decides there isn’t a clear winner and that when African and Caribbean people collaborate they create bangers and he proves this as the duo’s performance of’ G Love’, their song with Wizkid, has the crowd roaring. More surprises are in store with afro-bashment group NSG performing their hit song 'OT Bop' and Stormzy joining Krept and Konan for performances of 'Ask Flipz' and 'Keep Talking.'

The show then takes on a more sombre and reflective note as singer Deno comes on stage to perform ‘Advice’, his song with Cadet who is Krept’s cousin who tragically passed away earlier this year. Cadet’s smiling face appears on stage and this is a celebration of the popular rapper’s career. Krept then tells the crowd to hug the person next to them as he and Konan go on to perform 'Broski.' The track is a tribute to their friend Nash Chagonda, who committed suicide, and Krept has to hold back the tears with the crowd willing him on. It’s an emotional and powerful performance and one of the unforgettable moments of the night.

Krept informs the crowd they are running out of time, but the duo power on and close the show with raucous hits ‘I Spy remix’, that brings rappers Abra Cadabra, RV and Snap Capone, and ‘Wo Wo Wo’.

Overall, Krept and Konan’s show at the O2 proved them to be the ultimate showmen. The pair not only put on a party for their fans, but they also entertained and thrilled them with theatrics. But it wasn’t only the special effects that wowed on the night, Krept and Konan’s array of hits kept the crowd enchanted and the duo allowing themselves to be vulnerable made it an unforgettable night. Krept and Konan proved they are top tier talents and are among the UK’s finest.

IMAGE CREDIT: When Him Shoot